The Federal Ministry for Family Affairs, Senior Citizens, Women and Youth is headed by Lisa Paus. The Ministry is currently staffed by around 900 employees.

Family is where people of different generations accept long-term responsibility for one another and in doing so, support and care for each other.

Policy-making for senior citizens means policy-making with them - they must be allowed to participate. Valuing their experience and life achievements and giving them more scope and influence makes society stronger.

Germany's Grundgesetz (Basic Law) states that women and men are equal and that the state has to promote substantive, de facto gender equality. Germany is also committed to fulfilling its gender equality obligations under European law as well as international human rights law, for example by having ratified the UN Convention on the Elimination of All Forms of Discrimination against Women and its Optional Protocol.

Children, adolescents and young adults have the right to a good childhood and youth. Right from the start, they should be afforded the same opportunities regardless of their origins, gender, religion or their parents' social Status.

As the "Commitment Ministry", the Federal Ministry for Family Affairs, Senior Citizens, Women and Youth encourages civic commitment through favourable framework conditions, support it over the long term and further strengthen the culture of recognition.

For the constant societal change in Germany to be successful and likewise to be harnessed as an opportunity, major challenges will have to be considered in contexts reaching beyond national borders with solutions to be developed at local, national and global level.

Growing up with media - The right way!

Federal programme Multi-generational centre. Together - For one another 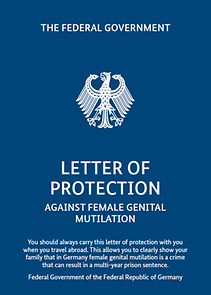