The Bundesministerium für Familie, Senioren, Frauen und Jugend (the Federal Ministry for Family Affairs, Senior Citizens, Women and Youth) is headed by Lisa Paus. She is represented in matters of policy and before the Deutsche Bundestag (german parliament) by Parliamentary State Secretaries Ekin Deligöz and Sven Lehmann. Permanent State Secretary Margit Gottstein is the highest-ranking civil servant in the Ministry and is responsible for all administrative affairs.

The Ministry is currently staffed by around 900 employees. These are distributed across six divisions, the Minister's Office, the Antidiskriminierungsstelle des Bundes (the Federal Antidiscrimination Office) and the Unabhängige Beauftragte für Fragen des sexuellen Kindesmissbrauchs (the Independent Commissioner for Child Sex Abuse Issues), making for a total of 70 departments.

The organisation chart of the The Federal Ministry for Family Affairs, Senior Citizens, Women and Youth

Women make up some 72 percent of ministry staff and 59 percent of departmental management positions are held by women.

The Federal Anti-Discrimination Agency, which operates nation-wide, serves as a point of contact for all people who believe they have been subjected to discrimination in a form listed in Germany's Allgemeines Gleichbehandlungsgesetz (General Equal Treatment Act, AGG).

The Independent Commissioner for Child Sex Abuse Issues, Kerstin Claus, is the Federal Government's official point of contact for victims of sexual abuse, their relatives, professionals who work in this field and for people who witness sexual abuse in their personal or work-related environments or have related questions or issues.

The Bundesamt für Familie und zivilgesellschaftliche Aufgaben (the Federal Office of Family Affairs and Civil Society Functions, BAFzA) is a modern service provider which operates within the mandate of the Federal Ministry for Family Affairs, Senior Citizens, Women and Youth.

With over 1000 staff, the Federal Office of Family Affairs and Civil Society Functions works to promote civil society functions, provide guidance and advice, and support and administer related Ministry activities. Its responsibilities include:

The Federal Office of Family Affairs and Civil Society Functions can be contacted by telephone at 0049 (0)221 36730 or online: www.bafza.de. 25 Years On: The Federal Ministry for Women 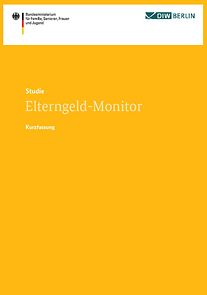